Apparently the Amish have a different definition of the word flop, because none of the Englishers in this household considered this bread to be a flop. 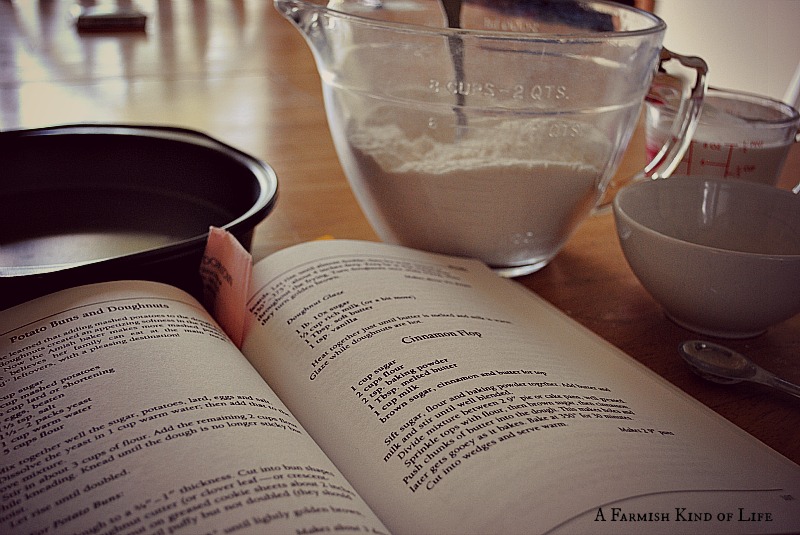 (recipe taken from The Best of Amish Cooking by Phyllis Pellman Good – one of my favorite cookbooks!)

Divide mixture between two 9″ well greased cake pans. The batter is very thick and you will wonder how you’re going to use this to cover the bottoms of two pans. But trust me, it will happen. 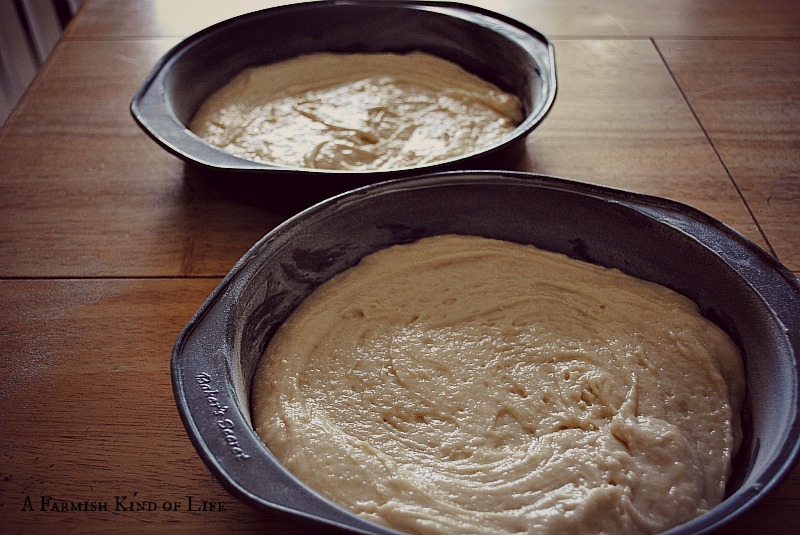 Sprinkle tops with flour, then brown sugar, then cinnamon. 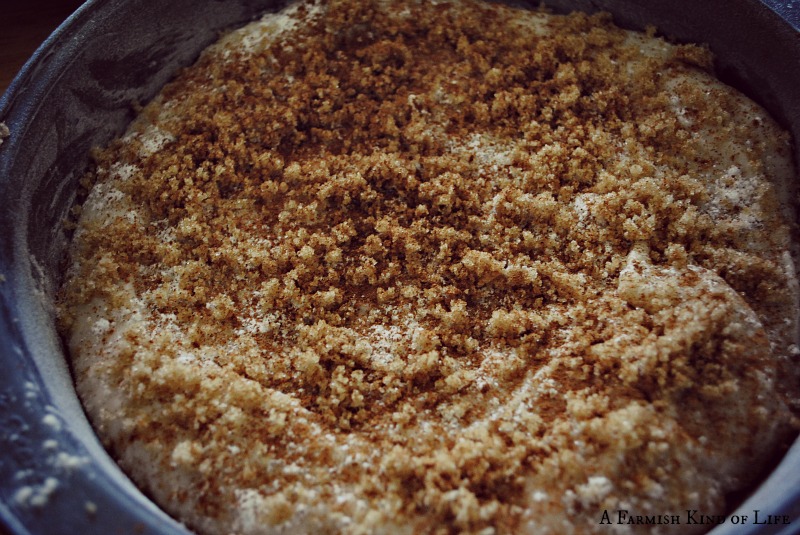 Push chunks of butter into the dough. (This makes holes and later gets gooey as it bakes.)

Cut into wedges and serve warm.

The beauty of this Amish Cinnamon Flop Bread is that you can tweak the recipe a bit if you’d like. I recently made this and added cream cheese and caramel to it.

(Just push little blobs of cream cheese into the dough after it’s in the pan, and then drizzle a mess of caramel over the whole thing.)

Results? Well, maybe a little different than the Amish intended…but it was absolutely pure heaven!

However you choose to make this recipe, enjoy your Amish Cinnamon Flop Bread. I’m sure you will find it is definitely not a flop!

Easy and delicious recipe for a cinnamon brown sugar bread that's made even more decadent by the addition of cream cheese!

2. Add melted butter and milk to sifted ingredients. Stir together until well blended

4. Dust tops with flour, then sprinkle with brown sugar, then cinnamon.

5. Push chunks of butter into the dough. (This makes holes and later gets gooey as it bakes.)

OPTIONAL: Instead of butter, push chunks of cream cheese into the batter and drizzle caramel ice cream topping over the top before baking.