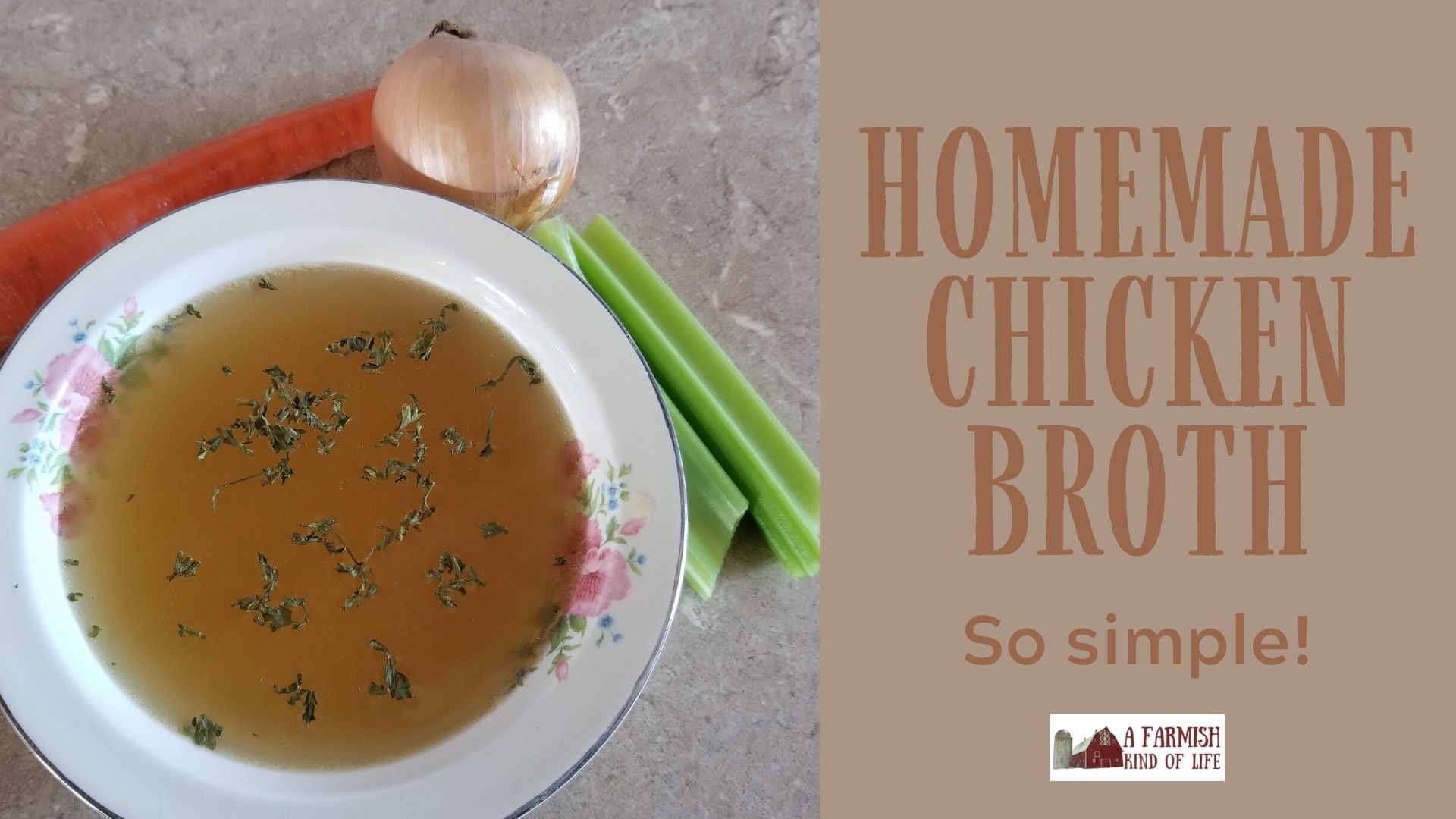 The great thing about raising meat chickens is that we have a lot of chickens in our freezer—which means we often having chicken for dinner! Because of that, we’ve often got chicken carcasses or frames leftover to use. We’re all about using as much of the animal as possible, and the best way to make use of a chicken carcass is to make homemade chicken broth.

The process of making homemade chicken broth is so simple. We do this whether we are piecing out a whole chicken for chicken on the grill or a fried chicken dinner. We also do this if we have roasted a whole chicken for dinner.  If you have chicken (or any bird, really) you should absolutely be making your own homemade broth.

Know how your grandma doesn’t measure when she cooks? The great thing about making homemade chicken broth is that I don’t really need to measure. I make the broth with what I have. If I have two chicken carcasses, that’s what I use. If I only have one, I use that. If I’ve roasted a chicken and deboned it, I toss the carcass and all the bones in.

The thing with chicken broth is that most of us are making it to use in other recipes. You can always doctor it up later if needed. For me, the whole purpose for making chicken broth is to get one last thing out of the chicken carcasses instead of just tossing them in the garbage.

What you will need for homemade chicken broth isn’t complicated: chicken carcasses, some veggies, some spices, and enough water to cover everything.

How to make homemade chicken broth?

You take all that goodness, put it in the pot, and bring to a boil. Let it simmer for several hours. Take the large chicken/bone/veggies pieces out. Strain what’s left of the broth. Cool. Done. 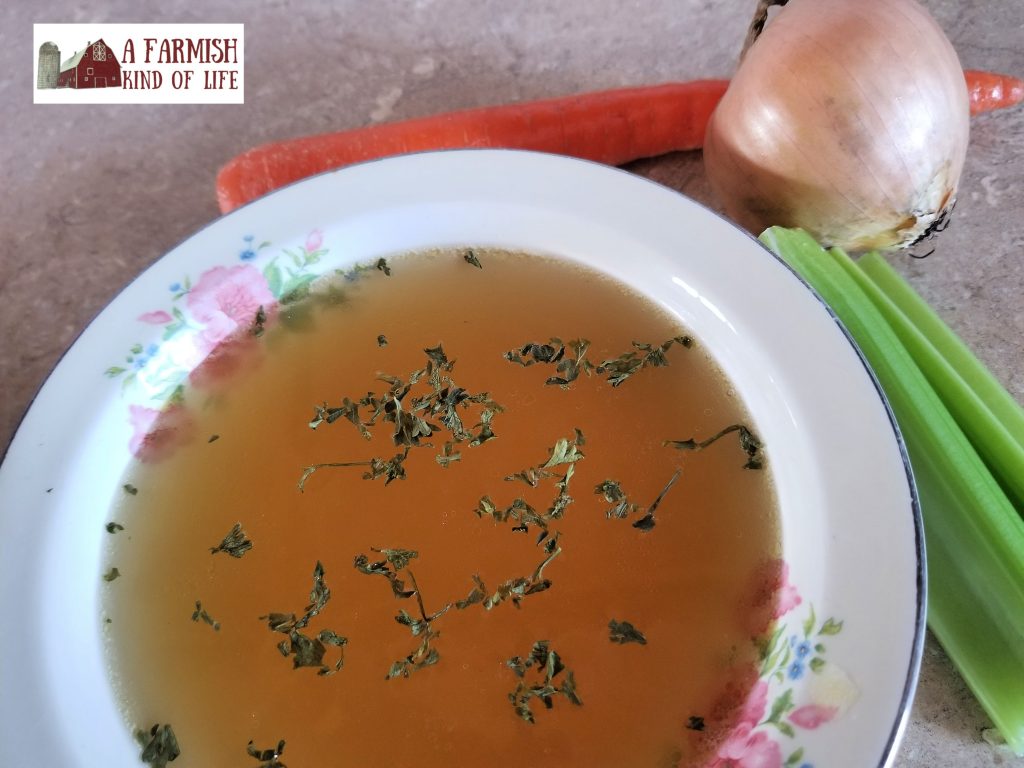 Seriously, that’s all it is. Super not complicated.

There’s a more detailed printable recipe at the bottom of this post for those of you who like measurements. But understand the measurements are totally just a guideline. Use what you have, leave out what you don’t.

While you can cut up carrots, celery, and onions to make this broth, here’s another option. We have a container in the fridge where we toss the ends of and peelings from vegetables we’ve used in other recipes. If you’re making homemade chicken broth, you can totally add these veggie scraps to your broth.

What to do with your homemade chicken broth?

You can just eat it straight. It’s really super tasty and rich. 🙂

You could make some homemade noodles and whip up a batch of chicken noodle soup.

Chicken broth is also great to have to add to chicken/pork/etc in a slow cooker/Instant Pot recipe instead of water.

We generally freeze our homemade chicken broth in quart or gallon sized bags. After the broth has cooled, I measure it and pour it into a bag, ensuring enough space is left for the liquid to expand as it freezes. I lay the bag flat on a cookie sheet in the freezer and let it freeze. Freezing them flat means they will take up less space in the freezer.

If you have a pressure canner, you have the option of canning your broth.

A super simple way to make use of the entire chicken -- make chicken broth! So easy, you will wonder why you ever thought to buy broth at the store.

** As stated in the blog post, all of these ingredients are an approximation. The beauty of soup is that you can use what you have and leave out what you don't. Don't be afraid to experiment with spices and different veggies, too!

Share this...
Filed Under: In the Kitchen, Podcast
Tags: Soup and Salad
72: Homestead Goal Setting – The 3 Stages
74: Use less stuff – how to do it, why it’s hard

1 thought on “73: Homemade Chicken Broth — it’s easier than you think!”