I didn’t watch The Thing last night. I didn’t even know The Thing was happening until I saw a few memes about it on MeWe. People were creating a drinking game for the The Thing and then joking that everyone would be dead from alcohol poisoning if they actually followed the rules of the game, which included taking a shot every time Whichever Whoever said Whatever at the debate.

I made caramel rolls. 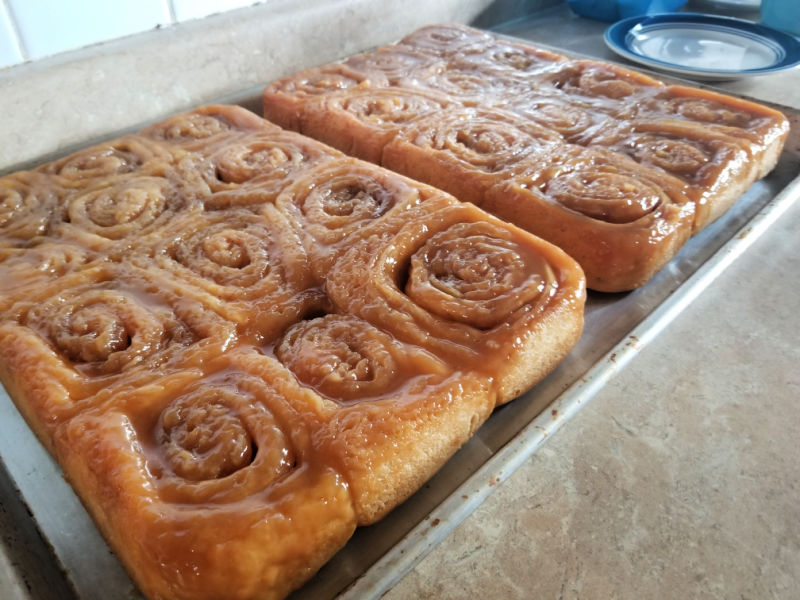 I cut more sage and then spread it out on racks to dry.

I wrote out a card to a friend and stuck it in the mail.

I collected eggs and pulled plants that were done producing and tossed them to the pigs.

I swept, because with three dogs in the house you can’t miss a day of sweeping.

I considered the topics of future books to write.

I returned emails. So many emails.

I proofread a paper for the youngest before he submitted it for a class.

I talked to the oldest about his plans to soundproof his closet because mom, I really want a vocal studio.

And at dusk, I walked through the back field and admired the almost full moon and listened to Quarter Past Four by Avriel and the Sequoias through my earbuds.

I had a relative once tell me that she liked talking to me because there was no drama in my life and that my life was, in fact, pretty boring.

I sometimes like to think what she actually meant was beautiful boring.

It’s not that we don’t have issues or struggles. It’s not that the shit never hits the fan here. I mean, we all have that. That’s part of being alive.

I mean, I like the people here. And there are caramel rolls.

Bookmark ITTY BITTY THOUGHTS and come back to check out what I post tomorrow! I’d love your thoughts on today’s post in a comment below or via email at [email protected]